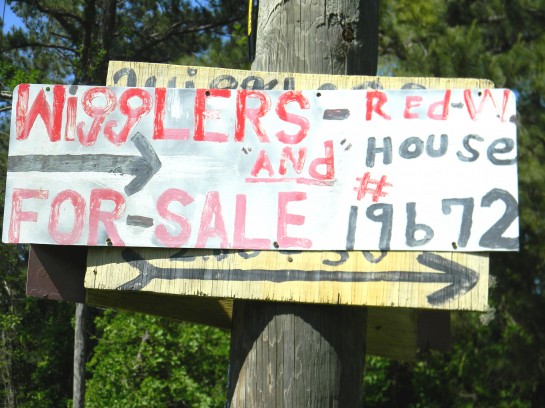 If you’re a fisherman, it’s quite likely you know someone who catches fish every time they go. If you’re like me, it’s also likely you despise that person very much. (Or, you could actually be that person — in which case, you can stop reading now.) One thing’s for sure, I’m not that person. But I’ve learned from watching them that they’re always ready and willing to go fishing when and where the fish are biting. With minimal notice or preparation, they’re out reeling in fish while the rest of us are home reading about them. It’s not that they don’t have lives or jobs or families; it’s that they do have all the tools they need at their fingertips. And so can you.

With that in mind, I have developed what I consider to be a go-anywhere fishing kit for the Pensacola area – sort of a minimalist collection of gear that will fit in a car, a kayak or a bicycle basket if necessary.

Here’s what you want:

• Small, double-sided tackle box – one for saltwater; one for fresh.

Corks (3) (Round bobbers take up too much room)

Of course, you can add or subtract items like pliers or a stringer, but the idea is that everything other than the rod and poles should fit inside the small cooler for easy storage.

What to Use Where:

• For pan fish in lakes or rivers, use the bream buster with live bait. Or use your rod & reel with the beetle-spin.

• Try the plastic worm (using a 1/0 hook from your saltwater kit and a split shot) for bass. (Start at the head of the worm and thread the hook about half an inch into the worm. (Turn the hook around and put the barb back into the worm’s body to make it weed-less.)

• For trout or redfish on the grass flats, use the DOA or grub with jig head.

• In the surf or for catfish in the river, go with the rod & reel with a Carolina rig (slip lead, split shot and 1/0 hook.) Or use the pompano jig if they’re running.

If you’re fishing in freshwater, look for crickets, grasshoppers or earthworms. At the beach, dig for sand fleas or look around structures for fiddler crabs. However, if you see bait fish in either place, use your bait net.

Someone once said that luck is a function of preparation and perspiration. This simple kit will help you with the former, and simply being outdoors in Florida should take care of the latter.

One final note: The best fishermen I know are the ones who don’t tell anyone they went unless they actually catch fish. Think about that the next time you hear somebody bragging about his catch!

You can find more questionable advice and humor from Jim McClellan on his blog, www.outdoorsdownsouth.com. When he’s not on the water or in the woods, it’s only because he’s been forced to work at his normal job as manager of creative services for AppRiver, LLC.